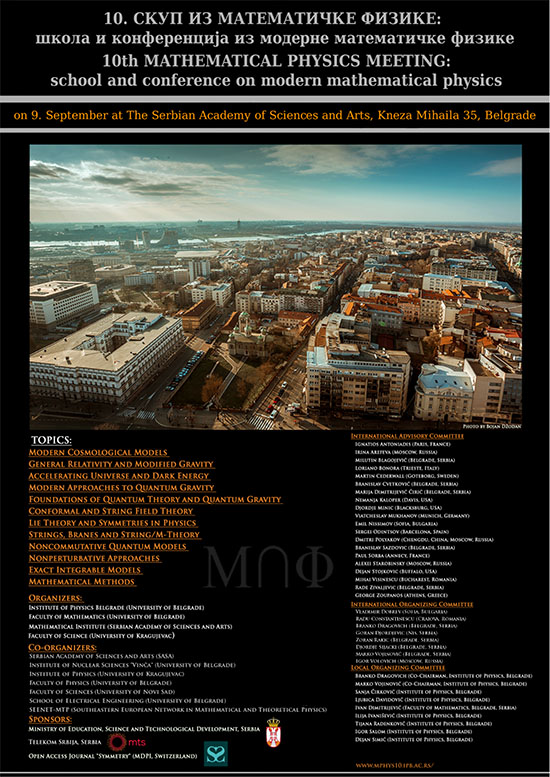 The tenth jubilee meeting on mathematical physics titled ‘10th MATHEMATICAL PHYSICS MEETING: School and Conference on Modern Mathematical Physics’ is to start on Monday, 9 September, at the SASA Grand Hall, at 10 a.m. Professor Alexei Starobinsky, one of the pioneers of the theory of cosmic inflation and this year laureate of the prestigious Dirac Medal, awarded by The Abdus Salam International Centre for Theoretical Physics will open the scientific part of the conference with his lecture.

The conference lasts until 14 September and covers a wide range of topics dealing with overlapping areas of physics and mathematics, and this year, particular attention will be oriented towards the newest developments in cosmology. Other areas are also covered: from the relative and quantum theory of gravitation, quantum field theory, string theory, physics of fundamental particles to theoretical contributions in mathematical physics in general. A great number of eminent experts from Serbia and from abroad is expected at the conference.