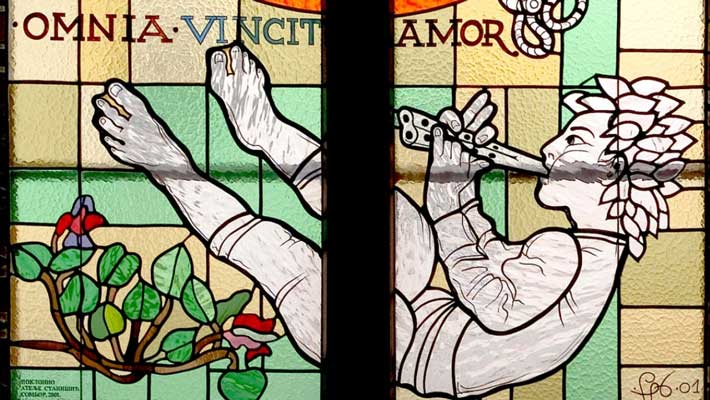 In addition to their own, individual creative work, members of the Department of Arts are also active in three boards and several projects.

Following the publication of the first volume of A Terminological Dictionary of Visual Arts and Architecture (Речник појмова из области ликовне уметности и архитектуре), the Board in charge of this project, headed by Academician M. Lojanica, encouraged by the positive response from both the academic and general public, intensified its work on the second volume.

The Board for the Protection of Musical Heritage (headed by corresponding member Јеlena Jovanović) performs a number of activities, including development of computer programs and databases containing all Serbian composers and their works, as well as producing audiovisual recordings of concerts and typesetting musical scores of the most valuable works from the Serbian musical heritage.

The Board for A Lexicon of Artistic Dance (Лексикон уметничке игре), headed by Academician D. Despić, is completing its sixth and final revision of entries on 460 Serbian and foreign ballets.

The Olga Jevrić Legacy (headed by Academician D. Otašević) prepares Legacy exhibitions and works on the documentation, conservation and restoration of sculptures, as well as on photographing and cataloguing the oeuvre of Olga Jevrić and on presenting it through video presentations and various other manners.

The Initial Board for Architecture and Urban Planning continues its research related to the urban physiognomy of Belgrade, with emphasis placed on the controversial issues of planning, designing and developing the area of the Sava amphitheater and the larger area along the banks of the two Belgrade rivers.

The Department is also in charge of the SASA Institute for Musicology.