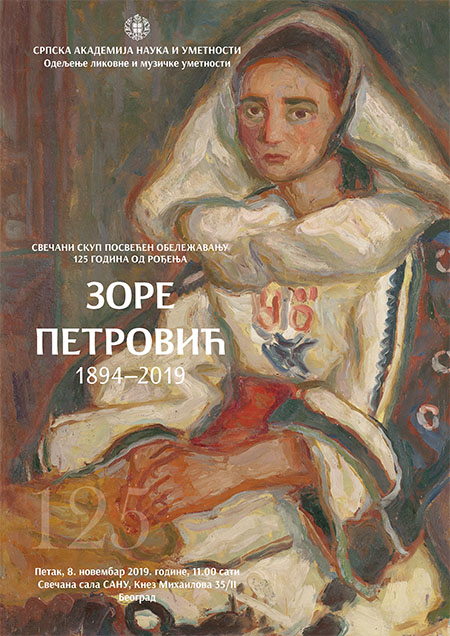 A ceremonial gathering dedicated to the 125th anniversary of the birth of Zora Petrović (1894-2019) will be held at the SASA Gallery, on Friday, 8 November, at 11 a.m.

Zora Petrović was a corresponding member of SASA, professor at the Academy of Fine Arts and one of our most influential representatives of expressionist colourism. She studied painting at the Belgrade Arts and Crafts School, Hungarian Royal Drawing School in Budapest, as well as in Paris under Professor André Lhote.