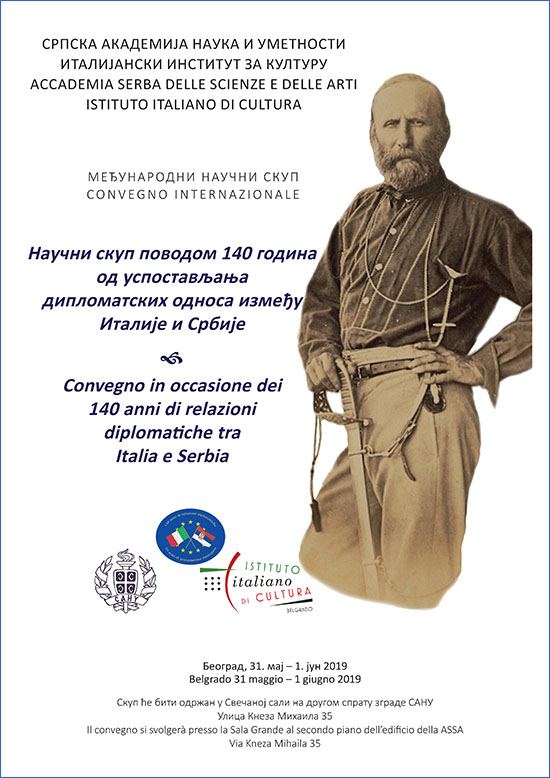 140 years of establishment of diplomatic relations between Italy and Serbia

On the occasion of 140th anniversary of the establishment of diplomatic relations between Serbia and Italy, a two day international scientific conference, dedicated to diplomatic, economic and cultural relations between the two countries, will be opened at the SASA Grand Hall, on Friday, 31 May, at 9 a.m.

Historians from universities in Rome, Milano, Perugia, Trieste and Cassino and their Serbian counterparts from the Faculty of Philosophy, Faculty of Political Science, SASA Institute for Balkan Studies and the Institute for Recent History will deliver lectures at the conference.

Among other things, political relations between the two states in the context of various historical events, from the launching of the Italian mission in Belgrade in 1879 until today, will be under discussion, including the Italian themes in the Serbian literature (1903-1914) and Italy in Slobodan Jovanović’s works, as well as cultural and trade ties between the two countries.

The organizers of the event are the Serbian Academy of Sciences and Arts in cooperation with the Italian Institute for Culture in Belgrade (Istituto Italiano di Cultura in Belgrado). SASA President Vladimir Kostić and H.E. Mr. Carlo Lo Cascio, Ambassador of Italy will give welcome addresses.