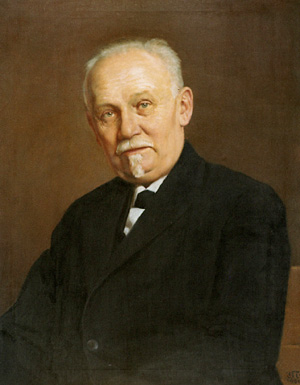 150th anniversary of the birth of Slobodan Jovanović

In the year 2019, the Serbian Academy of Sciences and Arts will mark the 150th anniversary of the birth of Academician Slobodan Jovanović (Novi Sad, 1869 – London, 1958), the renowned lawyer and historian.

He taught at the Law Faculty of the Belgrade Higher School and subsequent University as associate, full and honorary professor for around forty years (1897–1941), with interruptions in wartime. He was dean of the Law Faculty, rector of the University of Belgrade, president of the Serbian Royal Academy, president of the Serbian Cultural Club, and deputy prime minister and prime minister of the government of the Kingdom of Yugoslavia.

Slobodan Jovanović wrote books, papers and reviews on the general doctrine of the state (philosophy of politics and law), constitutional law, general and national history, constitutional history, history of political philosophy and theory, political and formal sociology, sociology of religion, literary studies, and literary and theatrical criticism. He was one of the founders and editors of Srpski književni glasnik (Serbian Literary Gazette, 1901–1941).