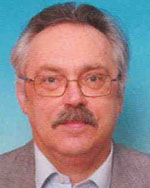 It is with great sadness that the Serbian Academy of Sciences and Arts announces that its full member Aleksandar Ivić (b. 6 March 1949), one of the foremost mathematicians and Professor Emeritus of The University of Belgrade, passed away on 27 December 2020, in Belgrade, at 71.

Born in the family of academicians Pavle and Milka Ivić, renowned linguists, Aleksandar Ivić was drawn to science, although the area of his interest was mathematics. His primary and secondary education (gymnasium  – mathematical and natural sciences) he completed in Novi Sad, as well as his studies of mathematics at the University of Novi Sad. At age 18, he participated in the International Mathematical Olympiad. He received both his MSc and Ph.D. at the Faculty of Sciences of the University of Belgrade in 1973 and 1975 respectively. The title of his doctoral thesis was ’On Certain Classes of Arithmetic Functions Related to the Prime Counting’ while his mentor was Academic Đuro Kurepa. The scientific field of his studies was the analytic number theory where he left an indelible mark at the world level.

He was elected a corresponding member of the Serbian Academy of Sciences and Arts in 1988, and a full member in 2000.

He was a member of The Mathematical Institute of the Serbian Academy of Sciences and Arts and a member of editorial boards of several international journals. Being a distinguished scholar in the field of analytic number theory, he was invited to various international conferences in the capacity of a plenary lecturer. He was a visiting professor at numerous universities in the world (Japan, China, Brasil, Finland, etc.) where he held lectures on the Riemann zeta-function, as one of the leading theories in the mathematical world. His monograph on the notable Riemann zeta-function and Riemann hypothesis (The Riemann Zeta-Function. Theory and Applications) published by the most influential world publishing house, John Wiley & Sons, Inc., New York, 1985, had a second edition by Dover Publications, Inc., Mineola, NY, 2003 and was cited over 600 times by the world’s most distinguished authorities in the field of analytic number theory.

Academician Ivić published over 280 scientific papers in the most acclaimed world journals, with citations of several thousand times. He wrote reviews for international journals and papers for world-renowned reference journals.

His passing represents a great loss for the Serbian Academy of Sciences and Arts and the overall Serbian and world science.