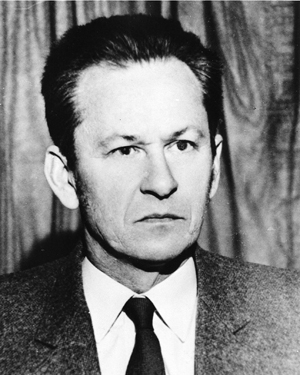 It is with great sadness that the Serbian Academy of Sciences and Arts announces that its member of the Department of Chemical and Biological Sciences Dusan Camprag (b. 14 March 1925 in Ada) aged 96, one of the foremost engineers of agriculture and entomologist who had dedicated his entire life to the study and fight against insect pests of agricultural especially field crops passed away on 22 March 2021, in Novi Sad.

His primary and grammar school he completed in Novi Sad in 1946. He participated in the national liberation war and due to the wounds he had received, he was left a disabled war veteran.

Dusan Camprag’s research field encompasses agricultural entomology and plant protection. He spent more than half a century of his research work studying insect pests of field crops particularly present in the Pannonian Basin and south-eastern Europe. His work has had a tremendous importance and effect on the practice of pest management in agriculture. He was supporter of integral protection against pests. Particularly important are his papers presenting the results of long-term monitoring of fluctuations in the number of pests depending on climate factors, agro technical measures and the contribution of predators, which resulted in occurrence prediction of pests on the basis of which adequate measures were taken to control and reduce their populations and reduced damage in agricultural crops. He studied pests in agricultural soil, while recently he dedicated his time to the research of introduced thermophilic species of insects. He received numerous awards and recognitions for his long-term scientific research.

His passing represents a great loss for the Serbian Academy of Sciences and Arts and the overall Serbian and world agricultural science.