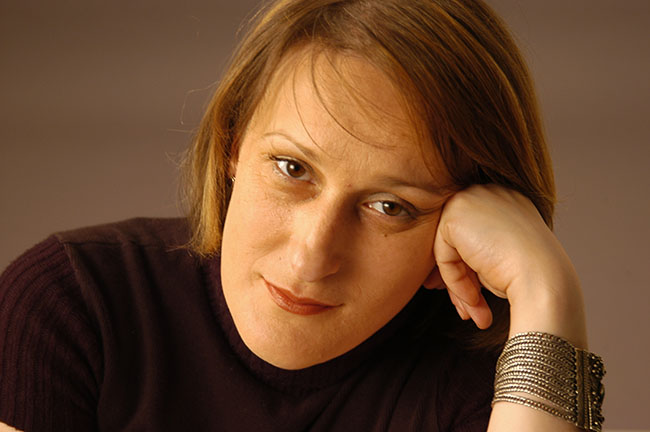 The Serbian Academy of Sciences and Arts announces with great sadness that Academician Isidora Žebeljan (b. Belgrade, 27 September 1967), one of the most prominent and performed Serbian composers on the world music scene, has passed away on 29 September, at 54.

She studied composition at the Faculty of Music, in the class of Academician Vlastimir Trajković, becoming a professor of composition at the same faculty in 2002, the first female professor of composition. She was elected a corresponding member of the Serbian Academy of Sciences and Arts in 2006 and 2012 a full member. She was also a member of the World Academy of Sciences and Arts.

Isidora Žebeljan first got in the limelight with her opera ‘Zora D’ which had its premiere in Amsterdam in 2003, directed by Ser David Pountney. Since then she continually received commissions from the most renowned world festivals, ensembles and institutions such as the Venice Biennale, and the Foundation of Berliner Philharmoniker, among others.

The music of Isidora Žebeljan has been performed by the most acclaimed contemporary ensembles such as The Berlin Philharmonic Octet, BBC Philharmonic, Gothenburg Symphony Orchestra, Academy of St. Martin in the Fields, Vienna Symphony Orchestra, Brodsky Quartet, among others. Her compositions have regularly been performed across Europe, Israel, Far East, America, Africa and Australia. The copyright CDs of her music have been published in Germany and Great Britain.

Academician Isidora Žebeljan is one of the foremost contemporary Serbian composers of theatre and film music. She composed music for 40 theatre plays in all significant theatre houses in Serbia, Norway, Croatia and Montenegro. For her work in this field, she was awarded Sterija’s award three times. She also received a great number of awards and recognitions for her works both in Serbia and abroad.

Some of her major works are operas ‘Zora D’, ‘The Marathon Family’, ‘Simon the Chosen’, ‘Two Heads and a Girl’; Simon the Foundling’; orchestra works: ‘The Horses of Saint Mark’, ‘Hum Away, Strings’, ’Escenas Picaras’; concert compositions ‘Dance of Wooden Sticks’ for horn and string orchestra; ‘Pipe and Flamingos’ for clarinet and orchestra, ‘Three Curious Loves’ for violin and orchestra and song series for a voice and orchestra ‘Garlands’.

Not only does her passing represent a loss to Serbian Academy of Sciences and Arts but the entire Serbian and world art and culture.