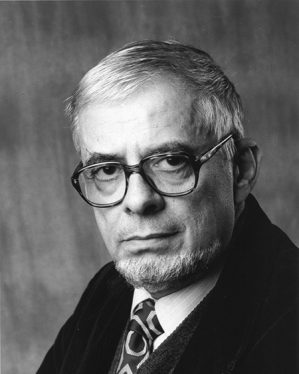 It is with great regret that the Serbian Academy of Sciences and Arts informs the public of the passing of Ivan Klajn, aged 85 (b. Belgrade, 31 January 1937), its full member of the Department of Languages and Literature Ivan Klajn and one of our most prominent linguists and philologists on 31 March 2021.

In addition to Romance studies, Academician Klajn’s field of studies was prescriptive grammar and standardization of the contemporary Serbian language. He pursued language comparativism and was an exquisite cognoscente of foreign languages (Romance and English).

Some of his most significant works are: Uticaji engleskog jezika u italijanskom [Influences of the English Language on Italian], Istorijska gramatika španskog jezika [The Historical Grammar of the Spanish Language], Tvorba reči u savremenom srpskom jeziku [Word Formation in the Contemporary Serbian Language], Italijansko-srpski rečnik [Italian-Serbian Dictionary], Rečnik jezičkih nedoumica [The Dictionary of Language Dilemmas], etc. He translated from Italian and English languages. From 1974, he published articles on the contemporary Serbian language issues in newspapers ’Borba’, ’Politika’, ’Ilustrovana Politika’ and ’NIN’. He was the editor-in-chief of the linguistic journal ’Jezik danas’ published by Matica Srpska and a member of the editorial board of ’Zivi jezici’. He published papers in the Italian language in Italian scientific journals and collections of papers. He was a member of Vuk’s Endowment and the Board for the Standardization of the Serbian Language.

Academician Klajn is a winner of several recognitions and awards, some of which are Award of the Ministry of Foreign Affairs of Italy for the Italian-Serbian Dictionary, the Order of the Italian star of solidarity (Ordine della Stella della Solidarietà italiana), Matica Srpska Recognition of achievement for the cultivation of the Serbian language culture and Sretenje Medal of the 3rd order.

The passing of Academician Ivan Klajn represents a great loss for the Serbian Academy of Sciences and Arts and overall Serbian philology.