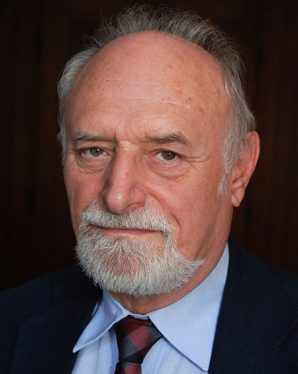 It is with great sadness that the Serbian Academy of Sciences and Arts informs the public of the passing of its general secretary and full member Marko Anđelković (b. Belgrade, 18 September 1945) on Friday, 10 April, in Belgrade after long and serious medical condition. He was one of the most prominent Serbian geneticists, who made an outstanding contribution to the study of population genetics. Over his decade-long work, he participated in the shaping of significant research trends still contemporary and recognizable in the world of science.

He graduated in 1968 from the Department of Biology of the Faculty of Natural Sciences and Mathematics in Belgrade. Over the following ten years, Marko Anđelković completed two specializations in population genetics at the universities of Vienna and Tübingen (FR Germany), received his master’s degree and doctorate at the University of Belgrade, while he finalized his postdoctoral studies in population genetics at the Department of Biology of Yale University (USA) in 1978/79.

He was elected a corresponding member of the Serbian Academy of Sciences and Arts in 2003 and 2009 a full member. The post of the SASA general secretary, Academician Anđelković held since 2015. He was the president of the Academy Board ’Man and the Environment’ and Board for the Study of Serbia’s Fauna. In the period 2006-2014, he served as the deputy secretary of the SASA Department of Chemical and Biological Sciences. In the past several years, with no exaggeration whatsoever, as the SASA general secretary, he made an invaluable contribution to the work of this institution.

Academician Anđelković was a member of numerous domestic and international specialist associations. He received multiple awards and recognitions for contribution to the advancement of biological and related sciences. He was the editor of various publications, most of which were published within publishing activities of the Serbian Academy of Sciences and Arts.

Not only does his passing represent a loss to SASA but the entire Serbian science and society.