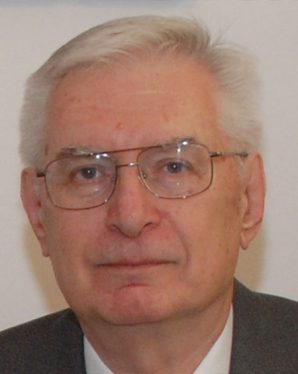 It is with great regret that the Serbian Academy of Sciences and Arts informs the public of the passing of Academician Predrag Piper aged 71 (b. 20 August 1950) on 10 September 2021. He was one of the most distinguished Serbian Slavicists, having had a profound impact on the study of grammatical and lexical semantics in Serbian, Russian, and other Slavonic languages.

He graduated from the Faculty of Philosophy of the University of Novi Sad (1973) where he afterward worked as a teaching assistant (from 1974) and assistant professor (from 1983). His MA he obtained in 1975, while he received his PhD in 1981. From 1989, he worked as an associate professor at the Faculty of Philology of the University of Belgrade, eventually becoming a full professor in 1991.

He was elected a SASA corresponding member in 2003, a full member in 2012, while he was also elected a member of the Macedonian Academy of Sciences (MANU) in 2015.

At SASA, he initiated the establishment of two boards and he was a co-editor of six publications by these boards. From 2013 to 2018, he was the secretary of the SASA Department of Languages and Literature as well as a member of the SASA Presidency. He was a member of multiple boards of SASA and the head of the Department of Russian Language and Literature at the Faculty of Philosophy in Novi Sad, as well as the head of the Department of Slavonic Studies at the Faculty of Philology in Belgrade. He held lectures at universities in Moscow, Saint Petersburg, Voronezh, Ivanovo, Seoul, Sapporo, Zadar, Nis, Skopje, and Ljubljana. He was a vice-president of the Editorial board of Srpska enciklopedija [Serbian Encyclopedia] and editor-in-chief of journals Južnoslovenski filolog and Matica Srpska Journal of Philology and Linguistics, as well as a member of editorial boards of several Serbian and foreign journals and collections of papers. Being a president of organization boards, he co-organized various international symposiums. In the period 1985-2013, he was a member of the Commission of Grammatical Structure of the Slavonic Languages within the International Committee of Slavicists, while from 2009-2013, he was its president. He was the vice-president of the International Associations of Professors of the Russian Language and Literature (1986-1990), a member of Matica Srpska, Serbian Literary Cooperative, and Serbian Society of Slavicists.

His passing represents a great loss for the Serbian Academy of Sciences and Arts and overall Serbian science and culture.