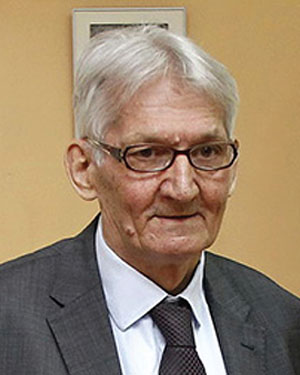 It is with great sadness that the Serbian Academy of Sciences and Arts announces that Academician Zoran G. Đurić aged 80 (b. 1941, Prilipac), electrical engineer, director of the Institute of Technical Sciences of SASA and full professor at the Faculty of Electrical Engineering, University of Belgrade passed away in Belgrade, on 15 September 2021. He achieved his most significant results in the field of semi-conductive, optoelectronics, MEMS and NEMS-based devices.

In 1964, he graduated from the Department of Technical Physics, at the Faculty of Electronic Engineering of the University of Belgrade, where he also received his MSc in 1967, and PhD in 1972. He attended specialized training at Michigan State University, USA (1980) and the University of Southern California in Los Angeles, USA (1987).

After graduation, he started working at the Institute of Chemistry, Technology and Metallurgy (ICTM) where he went through all academic positions. Together with his work at ICTM, he ensured important cooperation with the Faculty of Electronic Engineering in Belgrade, where he was elected a full professor of physical electronics subjects in 1990. He was a mentor to a great number of graduates, MSc and PhD students. Zoran G. Đurić was a visiting professor of technology of micro-electromechanical systems (MEMS) at Vienna University of Technology and an independent expert-evaluator of the FP-7 project by EU in the field of information and communication technologies, micro and nanosystems and miniaturized smart sensors and systems. Additionally, for more than 15 years, he was a foreign reviewer of Hong Kong Reseаrch Grаnt Council projects, as well as reviewer of journal Sensors аnd Actuаtors A (Physicаl), Sensors аnd Actuаtors B(Chemicаl) и Microelectronics Engineering Journаl. Among other activities, he was a member of the International Programme Committee of the conference Micro&Nаno Engineering, one of the major conferences in the field of nano-engineering.

From the beginning, the scientific research work of Academician Zoran G. Đurić encompassed the field of physics and technology of semiconductors and semiconductor devices. He is one of the founders of the theory and technology of production of semiconductor devices, and he participated in the design and development of technologies for the production of the first domestic silicon solar cells (1964), high-frequency planar transistors (1967), semiconductor microphone, the first silicon integrated circuits (1968), MOS transistors with field effect (1970) and others. He headed projects in the field of heated layers of SnO2, silicon PIN photodetectors (1975), semiconductor lasers (1977), the first MEMS silicon pressure sensors (1983), InSb infrared detectors (1986), HgCdTe infrared thermal imaging detectors (1990), pressure transmitters (2000), micro/nanomechanical systems and sensors (2002), new generation pressure sensors (2007), pressure and temperature transmitters (2009), MEMS IC detectors (2010), micro/nanobeam-based sensors (2011).

The work on these projects resulted in acquiring modern planar technology, MEMS technology, epitaxial growth technology of semiconductor heterostructures, etc. These projects gave birth to products that were placed on the domestic and foreign markets (in more than 100 companies in the field of the oil industry, petrochemistry, process industry, electric power industry), which provided for infrastructure and other financial needs of the Centre for Microelectronic Technology (CMT), necessary for scientific research work. In the period 2008 – 2011, he was a coordinator of the FP-7 European project Reinforcement of Regional Microsystems and Nanosystem Centre (REGMINA). The project contributed to the improvement of the CMT experimental base by purchasing new laboratory equipment and expanding the knowledge base through the training of researchers in well-known foreign laboratories, thus enabling ICTM-CMT to become a regional centre of excellence for sensors and micro and nanosystems.

Zoran G. Đurić published more than 370 scientific publications, 72 of which were papers in international scientific journals.

He received recognitions for successful cooperation and contribution to the development of the Institute of Physics, Belgrade in 1981, and for the development of ICTM. The Assembly of the Municipality of Arilje presented Academician Zoran G. Đurić with the recognition of achievement for extraordinary results accomplished in the field of science. He received ’Vojislav K. Stojanović’ diploma from the Association of University Professors.

His passing represents a great loss for the Serbian Academy of Sciences and Arts and overall Serbian science.