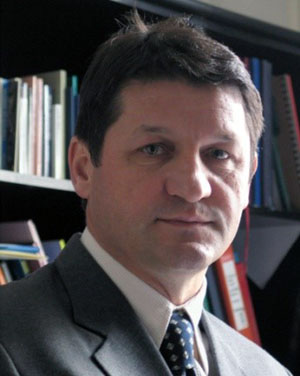 It is with deep regret that the Serbian Academy of Sciences and Arts announces the passing of its full member of the Department of Medical Sciences Zoran Krivokapić (b. Kosovska Mitrovica, 27 August 1955), one of our foremost experts in the field of colorectal surgery and proctology, in Belgrade, on 9 September.

Academician Krivokapić was one of the creators of the national screening programme for early detection of colorectal cancer and a guidebook for good clinical practice for the same disease treatment. He is considered a creator of the colorectal school in our country. He introduced and popularized over 46 diagnostic and operative procedures into practice.

He graduated in 1980, received his MSc in 1985, and his PhD from the School of Medicine of the University of Belgrade, where he passed the General Surgery Board examination in 1986. He was a full professor at the same school since 2007. He was the head of the Department for Colorectal Surgery of the First Surgical Clinic at the University Clinical Centre of Serbia and a visiting professor at the universities in Southern California, Craiova, Skopje, Niš, Foča and Banja Luka. He generously passed on his knowledge and surgical know-how during his study visits and operative demonstrations in over 50 hospitals in Serbia and ex-Yugoslav republics, as well as an invited speaker in Tel Aviv, London, Riga, Timisoara, Craiova and Cairo. He performed more than 7.000 very complex surgeries for colorectal cancer.

In 2012, he was elected a SASA corresponding member and a full member in 2018. He was a member of the Board for Human Reproduction of the SASA Department of Medical Sciences. He founded the Society of Coloproctology of our country and the International Society of Pelvic Floor Disorders (ISPFD) headquartered in China (2015).

He published a great number of notable and highly-cited papers in the country and abroad. He is the author of four monographs, one of which is the enormously significant monograph titled ‘Rectum Cancer’ He was a member of editorial boards of 15 journals.

For his outstanding lifelong scientific work, he was awarded numerous achievements. Some of the most significant ones are the Central and Eastern European Club of Coloproctology Recognition for the affirmation and accomplishments in the scientific and professional field of coloproctology, ‘Travelling Fellowship’ from the Association of Coloproctology of Great Britain and Ireland (ACPGBI) for the promotion of colon and rectal surgery in Central and Eastern Europe. He also received the Annual Award of the Serbian Medical Society for scientific research work, the Prize of the City of Belgrade for medicine, Dr Vladan Đorđević Medal of the Military Medical Academy for the best Serbian surgeon, Kapetan Miša Anastasijević recognition for the exceptional results in the field of medical science and Order of Mount Athos.

His passing represents a great loss for the Serbian Academy of Sciences and Arts and overall Serbian society.