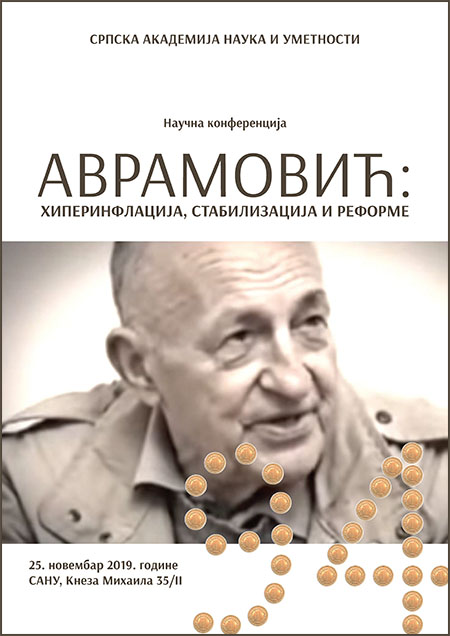 On the occasion of 100th anniversary of the birth of Dragoslav Avramović (1919 – 2001), the scientific conference ‘Avramović: Hyperinflation, Stabilization and Reforms’ will be held at the SASA Grand Hall, on Monday, 25 November, at 9. 30 a.m.

Dragoslav Avramović, PhD and a corresponding member of SASA, was an extraordinary personality in the field of economy. From 1953 he worked as an economist at the World Bank, advancing over time to the position of director. He was an advisor of the general secretary of the UN Conference for Trade and Development, as well as an economic advisor of the Bank for Trade and Development (Washington). In his seventies, after his remarkable international career, he stopped one of the most extreme hyperinflations in history, the hyperinflation in Serbia in 1992-1994.

How he did it, what political and economic restraints he faced and what he tried to put the economy of Serbia on the sustainable path – are the main questions which this conference will discuss. This experience has been relevant for Serbia to this day, which has not succeeded in reaching its full economic growth potential due to the lack of reforms.