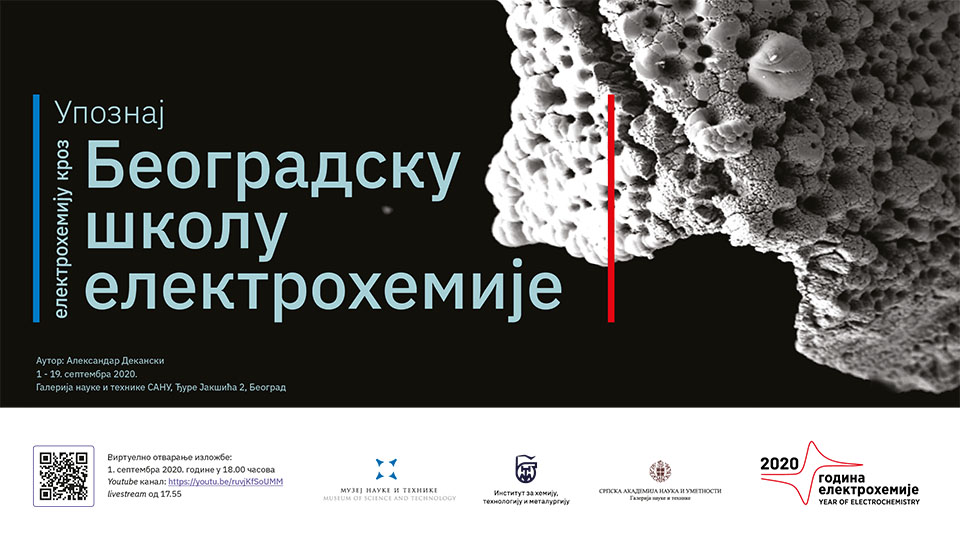 Electrochemistry is one of the rare scientific disciplines in which Serbia is globally recognized. Or to put it more precisely it is Belgrade and its school of electrochemistry. Among other things, the fact that Belgrade was elected to host the 71st meeting of the International Society of Electrochemistry – ISE in the period 30 August – 4 September 2020 corroborates this. However, the general public is largely unaware of electrochemistry, its fields, the significance it has in day-to-day life, the importance it nowadays assumes, and especially the place it will assume in the future, as well as the achievements of Belgrade School of Electrochemistry. Due to this, on 29 November 2019, 13 scientific organizations and societies signed a Declaration on the proclamation of 2020, a year when the largest gathering of electrochemists was supposed to be held, as the Year of Electrochemistry in Serbia, to promote this science but also to motivate young people to dedicate themselves to it. The program to celebrate it was rich, including the organization of several lecture series dedicated to pupils and students as well as the general public, with the organization of interactive workshops for pupils and students and organization of scientific and expert conferences throughout the year. The largest and most significant event has turned out to be this exhibition, since, unfortunately, most of the planned scientific conferences, including the 71st Annual Meeting of ISE, have been cancelled due to the corona pandemic.

The first part of the exhibition uncovers what electrochemistry is as well as its fields, while the second is devoted to the history of electrochemistry in Belgrade, its emergence and development, as well as the people who are its founders and the most notable representatives.

NOTICЕ: In order to prevent COVID-19 infection, we would like to kindly ask all visitors of the SASA Gallery of Science and Technology to wear masks and keep the two-meter distance. Thank you for your understanding.