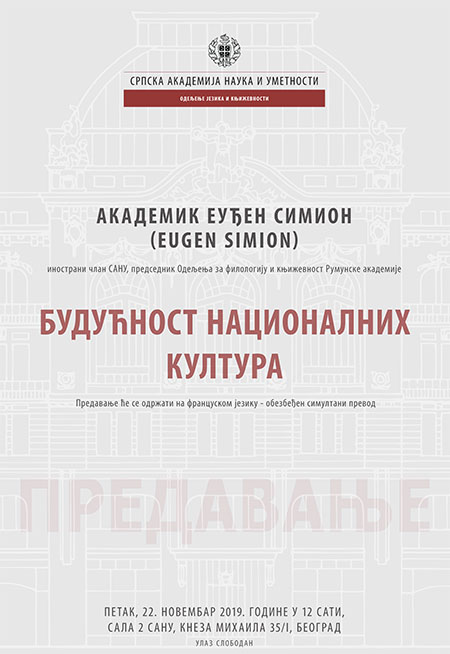 Academician Eugen Simion will deliver a lecture on national cultures at the SASA Hall 2, on Friday, 22 November, at 12 o’clock.

Academician Eugen Simion is a professor, essayist, literary historian and translator, a distinguished member of the Romanian Academy and its long-serving president (1988-2006). He is a recipient of the French order, Legion of Honour, and the Presidency of the The Republic of Serbia honoured him with the Grand medal for achievements in public and cultural activities. In addition to this, he is the honorary doctor of the The University of Belgrade. His approach to literature has a distinctive comparative character with his focus being the literature of the 20th century.

The lecture will be delivered in French, and the simultaneous interpretation will be provided.