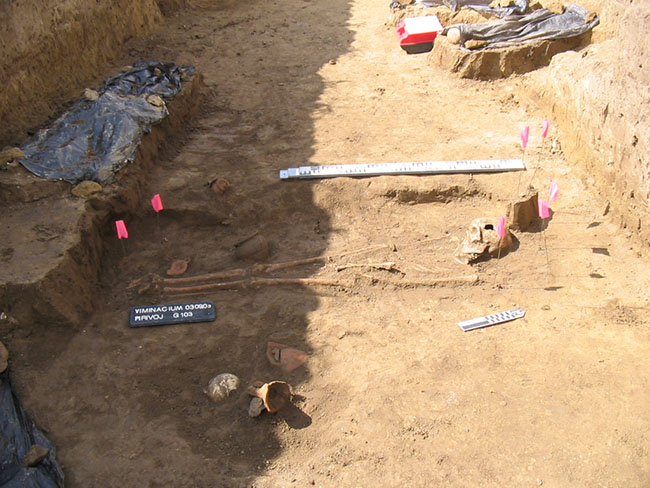 ‘Slavic Migrations and Genomic Origin of the Balkan People’ is the title of the lecture to be delivered by Professor Carles Lalueza-Fox at the SASA Grand Hall, on Tuesday, 28 June, at noon.

A several-year-long study on the origin of the Balkan people has revealed that about a half of today’s Serbian population’s genomes is indigenous, at least up to the Bronze age, whereas the remaining half is of Slavic origin, descendant from the Slavic migrants in the 7th century. Therefore, Slavic migration to the Balkans did not bring about population replacement, but an admixture of indigenous Balkan genome and the genome of Slavic migrants. Molecular markers have suggested that the Slavic migrations to the Balkans could have originated from present-day Poland and Ukraine. This study analyses the genetic structure of the local people in the region of Serbia in the Bronze, Iron, Roman and post-Roman period, and the present-day population. This continuity in the analysis has paved the way for identifying the constancy of population in our region and the DNA proportion in today’s modern population with lineage traced back to ancient history. The sites for the research of population’s genetic changes include Viminuacium, Mediana,  Timacum Minus and several other sites in the Balkans, which provides a basis for the analysis of later Slavic migrations and facilitates modelling of the genetic structure of the modern Serbian population in the wider context of other Balkan people.