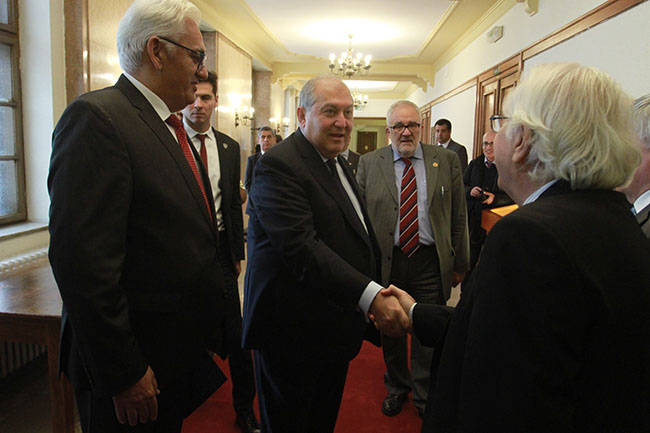 A delegation of the Republic of Armenia, led by the President of Armenia Armen Sarkissian, visited the Serbian Academy of Sciences and Arts, on Saturday, 5 October.

With Armenian President Armen Sarkissian being a professor of theoretical physics and a member of The National Academy of Sciences of Armenia, information on the structure and activities of both academies was exchanged, and the current situation in science in Armenia and Serbia was discussed in the meeting at the SASA.

During their visit, the guests also visited a retrospective exhibition of Ljuba Popović’s paintings at the SASA Gallery.