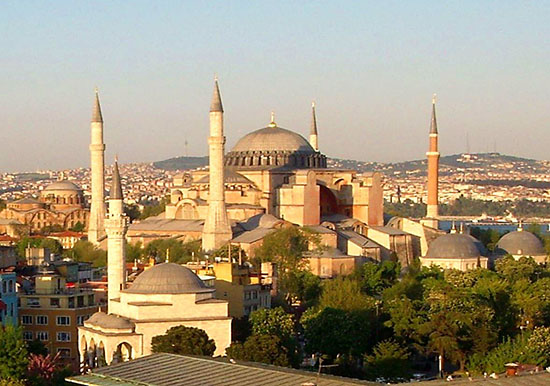 Concern is growing among people worldwide due to the fact that we are living in a world where the walls of intolerance separate families, professional and political communities, rural and urban agglomerations, nations, religions even the ’non-ideological’ economy. Where, only yesterday, there were no boundaries to the general interconnection of people,  they are now being raised. This deplorable situation, to many of us not conceivable to be a part of the 21st century, makes even the fight against the current pandemic less efficient than it should be. As it has always been in the times when  similar circumstances prevailed, what suffers first in those conditions are culture, cultural heritage, protection and the preservation of all that should be preserved for humanity as a whole within this framework from destruction or consequences of neglect by previous generations. Thus, a negative reverse response of disconnection and resentment of various types is being born- for cultural identities, more or less pushed aside to fit the needs of economic and technological development, are expressed in every crisis through unimaginable negative energy, thus becoming everything except  bridges of understanding.

The case of Hagia Sofia is a paradigm of the situation the world has found itself in. Almost 90 years ago, a visionary, the creator of modern Turkey understood its timeless and general symbolism wherein the pulse of numerous civilizations was evident – Byzantine and the ones incorporated in its foundation, as well as the Ottoman and the ones it embodied and he identified synergy in this convergence, not discord or estrangement. He  created a world museum, as a radiant junction of the perpetuity of human genius in order to give his vision substance and make it a common, world cultural monument, which UNESCO recognised 40 years later, as well as our meeting and research point where we study those timeless cultural values.Overturning this decision, particularly as it is accompanied by similar interventions in the same country, represents the removal of a pivotal point in the axis of cultural syncretism and common heritage of distinct worlds,  distancing them from each other and threatening with renewed misunderstandings and enclosure.

The Serbian Academy of Sciences and Arts cannot help but express its profound concern about the development of that situation, especially bearing  in mind the direction and circumstances affecting the fate of our nation and its heritage.