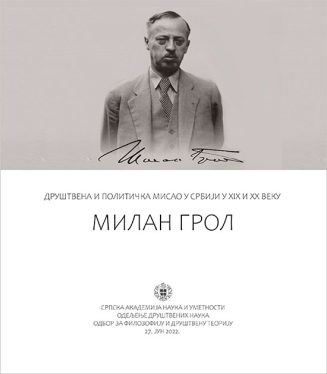 The scientific conference titled ’Milan Grol’ is to be held as part of the series ’Social and Political Concepts in the 19th and 20th Century Serbia’, at the SASA Grand Hall, on Monday, 27 June, at 10 a.m.

Milan Grol was an author and politician, president of the Democratic party, a literary advisor and director of the National Theatre.

The above-mentioned conference encompasses all aspects of his engagements in the culture and politics of Serbia and Yugoslavia.

The live broadcast is available at https://www.sanu.ac.rs/direktan-prenos/.