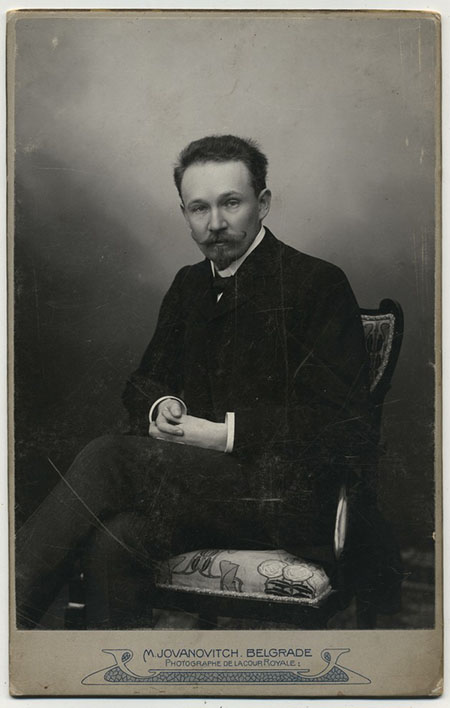 A two-day scientific gathering entitled ’ Slobodan Jovanović – Life, Work, Times’ is to open at the SASA Grand Hall, on Thursday, 7 November, at 10 a.m. as part of the SASA programme marking 150th anniversary of the birth of Slobodan Jovanović (1869-1958). The anniversary is a good opportunity to look into the person and the work of our eminent scientist, his versatile, extensive and rich opus, as well as to understand to what extent and how contemporary research could further build on his work.

Slobodan Jovanović contributed to several scientific fields and disciplines in our country and had influence on their development, starting with the theory of state and law, constitutional law, history of political and philosophical theories, sociology and historiography with the Serbian history of the 19th and 20th century having the most notable place, to the study of literary works and literary and theatrical criticism and literary language and style.

At the scientific gathering, his legacy will be discussed from different perspectives, as well as times and the society S. Jovanović lived in, his professorship and the work at the Academy, the circle of his friends and associates in political and literary journals, Red (Order), Srpski pregled (Serbian Review) and Srpski književni glasnik (Serbian Literary Gazette), his work at the Serbian Cultural Club and in the government in the country and in exile. Although he had a major impact on the generations of students and contemporaries during his long scientific and teaching career, that impact was not as profound as it would have been, had it not been for political conviction and exclusion of his work from the educational system.

The main idea of this gathering is to contribute to a better understanding of Slobodan Jovanović’s life and work, taking into consideration matters addressed when his Collection of Works was published in 1990/91 and questions brought up on scientific gatherings held at the Faculty of Law in 1991 and at the SASA in 1997, when momentum was given to his return to our science and culture.