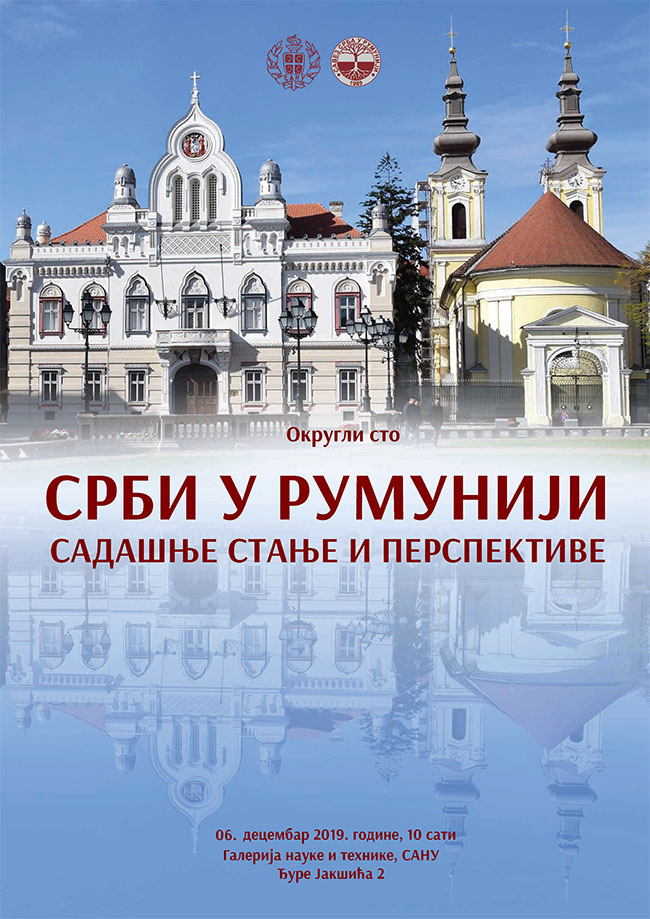 The work of the Union of Serbs in Romania will be presented at the round table ’Serbs in Romania – Current Situation and Perspectives’ which is to be held on Friday, 6 December, at 10 a.m. Afterwards, a pertinent cultural and artistic programme is planned at 6 p.m. Both events will be organized at the SASA Gallery of Science and Technology.

The Board for the Study of National Minorities and Human Rights of SASA, which has dedicated a part of its activities to the Serbs in diaspora for many years, has launched an initiative of cultural and scientific institutions of these communities representing their work to experts and interested parties in Serbia. In this manner, it can be contributed to better cooperation between the motherland and the minorities in the surroundings, particularly in the field of science and culture.

The Union of Serbs in Romania was founded in 1989, as the umbrella organization of the Serbian minority with the seat in Timișoara, with a goal of organizing, helping, coordinating and carrying out scientific research on the past and contemporary social reality of the Serbs in that country. The Union also has prolific publishing activities based on a centuries-old tradition.