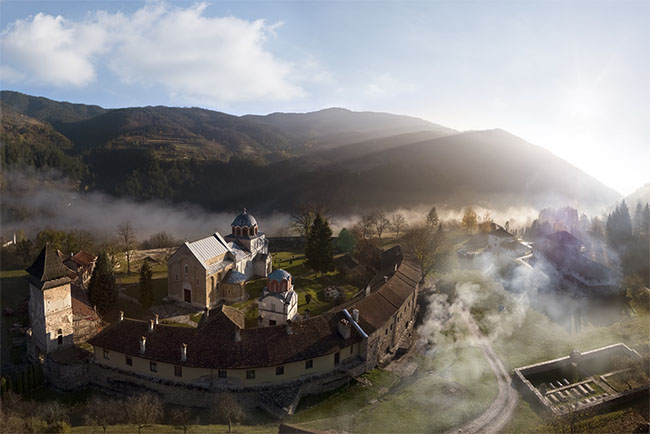 The exhibition titled ‘Spiritual and Cultural Heritage of Studenica Monastery – Antiquity, Constancy, Contemporaneity’, which the Serbian Academy of Sciences and Arts had prepared in cooperation with the Monastery of Studenica, opened at the SASA Gallery, on Friday, 13 December. The audience was addressed by Academician Vladimir S. Kostić, SASA president, the hegumen of Studenica Monastery Archimandrite Tihon and SASA Corresponding Member Miodrag Marković, while Academician Gojko Subotić, opened the exhibition.

This scientific and expert project also marks a major jubilee of 800 years of autocephaly of the Serbian Orthodox Church. The goal of the exhibition is to create an interactive, contemporary presentation of the Monastery of Studenica by combining authentic artefacts and conventional exhibits with new technologies and digital installations. The current exhibition set up encompasses a modern approach and the use of cutting edge electronic equipment which makes all segments of the monastery’s complex, architecture, paintings, treasury, as well as the new findings of numerous researchers easily comprehensible to the widest range of visitors.