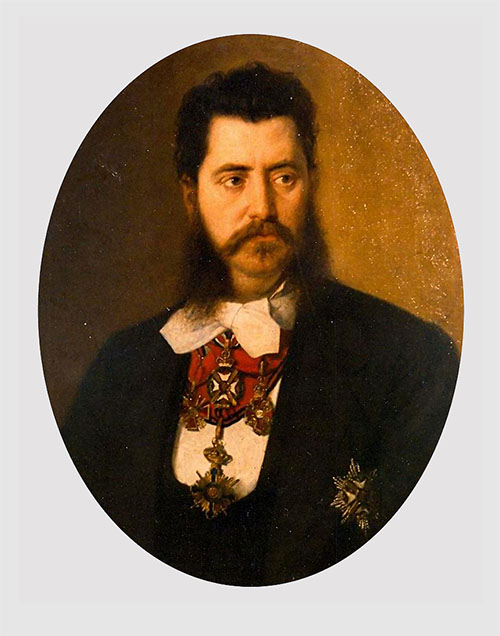 The Year of Academician Vladan Đorđević

In the year 2020, the Serbian Academy of Sciences and Arts marks 90 years since the death of Academician Vladan Đorđević (b. Belgrade, 1844 – d. Baden bei Wien, 1930), the first educated Serbian surgeon, writer and politician.

Educated in Vienna, Prague and Berlin, Vladan Đorđević worked as the head of the Department of Surgery of the Belgrade Military Hospital after a short private practice stint. During the First and the Second Serbian-Ottoman War, he was appointed the chief medical officer of the South Morava Division Health Service (1876) i.e. Health Service of the Serbian Army Supreme Command (1877). Having abandoned his physician profession, he became the mayor of Belgrade (1854-1885), minister of education and ecclesiastical affairs, envoy to Athens (1891-1894) and Constantinople (1894-1897), the prime minister and minister of foreign affairs (1897-1890).

He is the author of several scientific monographs and books, as well as novels, short stories and dramas. Including his nonfictional work, his biography has over 260 references. In addition to this, he was a founder of several literary journals, as well as associations including, among others, the Serbian Medical Society (1872) and the Serbian Red Cross (1876). He was a full member of the Serbian Learned Society (1869) and later of the Academy of Philosophical Sciences of the Serbian Royal Academy (1892).