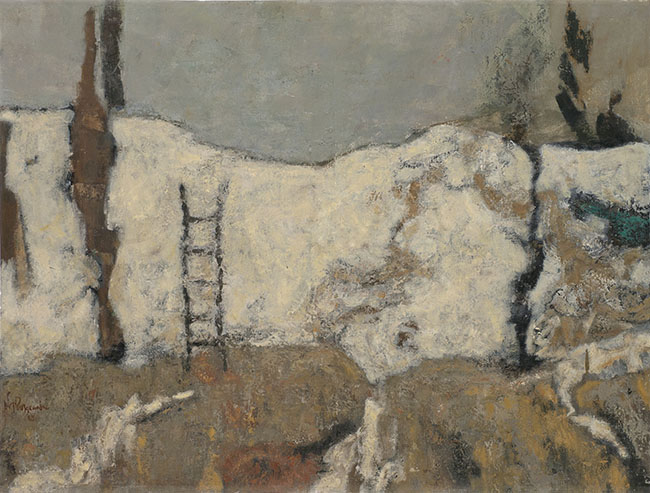 Travelling exhibitions of the SASA Gallery

The exhibition ‘Nedeljko Gvozdenović in the Serbian Academy of Sciences and Arts’, curated by Jelena Mežinski Milovanović, will open at the Balkan Bridges Gallery, within the memorial park ‘October in Kragujevac’, on Thursday, 7 November, at 8 p.m. SASA Gallery marked its 50th anniversary of exhibition activities in 2018 with an exhibition of one of its founders Academician Nedeljko Gvozdenović, from the collection of his works kept by the Academy, and which the audience in Kragujevac will see in its shortened version.

During the first 15 years of the SASA Gallery, the painter Nedeljko Gvozdenović was its backbone in all areas, and his bequest to the SASA Art Collection has been one of the most significant artistic outputs of the Academy to this day. The exhibition in Kragujevac lasts until 26 November.

In addition to this, SASA travelling exhibition ‘Svetomir Arsić Basara’, in the selection of Žaklina Marković, is on display at the National Museum of Zrenjanin until 20 November.